Jaahnavi
Editor
posted on 8 months ago
731
views
Flash storage vs SSD (Solid-state disk) - Both are storage devices that are used in modern computers. These both are neither similar nor contender to each other.

Flash storage uses a type of memory called Flash Memory. Flash is a form of non-volatile memory, it is a form of technology that supports high-speed, electrically programmable memory. It is named flash after its speed, it performs read, writes data, IO operations at flash speed.

A solid-state disk is also known as a solid-state device. It uses integrated circuit assemblies to store the data continuously. When compared to other drives SSDs are resistant to physical shock, low latency, and faster response time.

The common difference between this Flash Storage vs SSD is explained by an analogy ie., flash is an egg and SSD is an omelet, where the omelet is made of eggs, the SSD is made of flash memory.

You can usually do a lot of things with flash apart from making the SSD as an egg can be used to make many other recipes apart from an omelet.

What is flash storage? 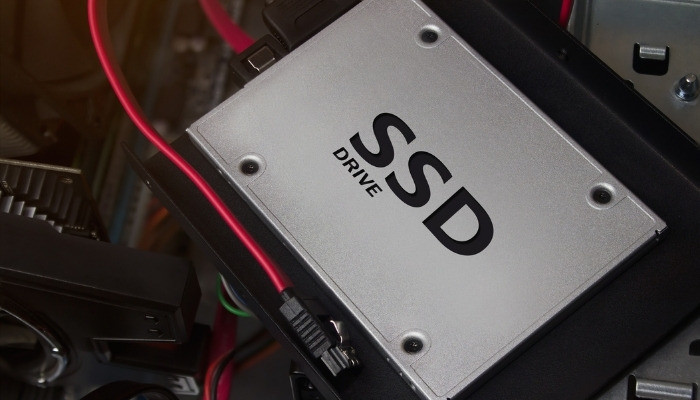 It is used to store the data on silicon chips where we can write and erase the data electrically.

The drawback of flash storage

One of the drawbacks of this flash storage is it is fairly expensive. However, due to increased technology, the cost comes down, making the flash more cost-effective companies are choosing HDD to store data and convert to flash SSD.

What is SSD storage?

SSD doesn't need to use flash, any type of storage that is not in motion is considered an SSD.

In the past the SSD did not use flash as a storage medium, also in the future SSD may not use flash. Most of the SSDs use the same factor as HHD, which makes it easy for users to migrate from disk-based storage to SSD.

Here are some points that can be considered while comparing this Flash Storage vs SSD:

There are several types of flash storage they are storage array, SSD flash drive, All-flash array, NVMe storage, Hybrid flash storage, go through this to get a detailed view of these.

It combines multiple disk drives and enables disk-based data storage. It is used to separate storage from network communication and connection functions to provide capacity. Many servers across the organization can efficiently access the same stored data.

It will store data using flash memory. The SSD has no moving parts hence it has low latency and requires only a few SSDs. Since most of the SSD are flash-based it has become a synonym to flash.

The data is stored using flash memory. These have ultra-low latency and high availability. It is very much suited for multiple storage environments and storage protocols with NVMe.

It acts as an interface to access flash storage over peripheral component interconnect express(PCIe). It will get rid of overhead between application and storage and significantly improves the performance.

As the name indicates hybrid, uses both SSD and HDD and provides a balanced infrastructure for a range of workloads. The hard disk drive is inexpensive technology, which is best suited for large files and backups, but high throughput and low latency are required.

They use electro-mechanical hardware to store digital information. It is cost-effective and suits long-term storage and large files. The main drawback is that this hard drive is more vulnerable to physical damage and has latency issues due to moving components.

Flash media can be used to supplement this type of storage, which enables applications to work faster and scale further.

There are different types of SSD, so we often get confused to choose one. Here are a few SSD that you can choose based on your requirement

These are thought of as the first-generation SSD that is capable of reading 570Mbps per second, which is 5 times faster than traditional HDD. The most common SATA variant in a laptop is a 25 inch SSD.

The major advantage of this is it could start your laptop within 15 secs and load high-end games in few moments.

It is a protocol, it is faster when compared to traditional SATA SDD. The reading speed of this NVMe SSD is 2600MB per sec. It is 5 times faster than SATA SSD. In case you are using more zip files, this suits you best.

This SATA SSD is best when you opt for regular usage and playing games. You can opt for the NVMe when you have to deal with large files, so choose one based on the requirement.

I hope I was able to clear many important points for this Flash Storage vs SSD topic. To read more interesting articles like this, check them out at SocialMirror. If you have any queries or doubts, feel free to ask me in the comments section below!