Rashmi
Editor
posted on 8 months ago
519
views
Users with good programming skills prefer swapping from Windows to Linux OS for their work as Linux is considered more flexible and functional than Windows. These two Linux operating systems- Linux Mint vs Ubuntu are currently the most popular among the myriad range of Linux distro provided by the Linux community as both of them provide user-friendly interfaces that are actually helpful to novice Linux users.

Both Linux Mint and Ubuntu are welcomed by their enthusiasts, but deciding which one is better is a matter of discussion. So, let's find out which one would be the best option to work with. But before indulging in the comparison of Linux Mint vs Ubuntu, let's get aware of some facts about them. 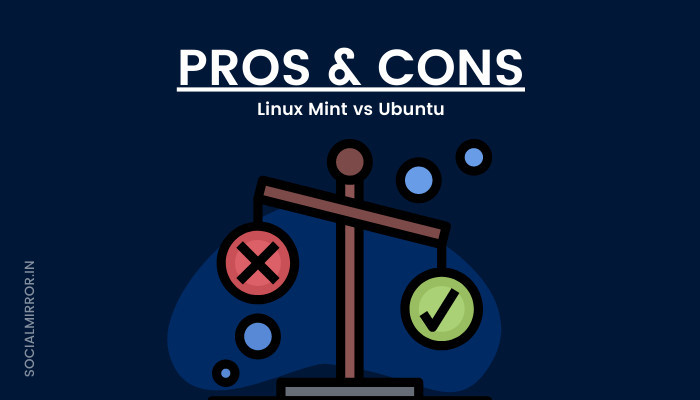 So far we have seen some of the facts about both Linux Mint and Ubuntu which mainly comprise of the basic points such as who developed them, their release dates, default interfaces provided by them, and some of their key features.

Now, it's time to explore more about them by comparing both, on different factors in detail so that you become capable of selecting the Linux OS  that best suits your needs.

Which One Is Better?: Linux Mint vs Ubuntu

Now we have come a long way by comparing Linux Mint vs Ubuntu but deciding which Linux distro is better is still a difficult task, as both of them work perfectly in their respective areas.

Since, at present Linux Mint vs Ubuntu, are the most popular, free, and open-source Linux distros, so using any of them would not affect your work much as both of them work perfectly in their specific areas.

But after comparing Linux Mint vs Ubuntu on the basis of different factors, here is what we can conclude:

You can find out other interesting and informative articles at SocialMirror where we post technology-related articles regularly.

If you have any queries regarding the contents shared above feel free to ask me in the comments section below. :)